History of Clubhouse Shoot Your Shot

In November I came across the room Shoot Your Shot on Clubhouse. It was run predominantly by black singles. It would start around 11 pm EST and go into the late hours. It was creative, direct, and fun. A few months later I began to host my own Shoot Your Shot rooms.

What is Shoot Your Shot

Shoot Your Shot is a commonly found room on Clubhouse. In short, you go up on stage, share a little bit about yourself, what you’re looking for, and then you say who you’re interested in romantically within the room (we call this “shooting your shot”). The person can either accept or reject your shot. If they’re interested, they often will say “you can slide in my DM’s”, referring to their Instagram direct message (DM).

Why I Run Shoot Your Shot on Clubhouse

I got hooked on running Shoot Your Shot rooms after starting my first one. I love how technology can facilitate romantic connections, which is one of the reasons I started my video speed dating app, Filter Off. Filter Off is video-first and removes the swipe, giving you a more authentic way to connect with other singles before committing to meet in-person. Even though Clubhouse doesn’t utilize video, it’s much more authentic than a traditional swipe app, given that it’s audio-first. Shoot Your Shot rooms on Clubhouse encourages singles to step outside of their comfort zone and can lead to finding their person.

Since running Shoot Your Shots regularly, we get upwards of 400 singles at any given moment, leading to 100s of matches every night and a few engagements on the way! Below are 16 things I learned while now running the largest consistent Shoot Your Shot rooms on Clubhouse.

1. There Are Many Shoot Your Shot Rooms

No one per se owns Shoot Your Shot. At any given night, you may see 3-5 running, however, what sets my room apart from others is how the room is run. The moderators and I create a safe and inviting space for all people.

The rooms I run are extremely structured. People aren’t goofing off and going out of turn. We keep things in tight PTR order (pull to refresh order). Essentially the person shooting is next-in-line on the stage. If someone steps out of line we typically give a warning or send them back to the audience. We have a no-nonsense policy.

Once the room begins, I always share the intention of the Shoot Your Shot room. I explain how the room runs. I say that the room is open to all people from around the world. I then explain how it works when you come to the stage. The participants first answer an icebreaker question that I reset each round, then they introduce themselves, sharing where they’re from and whether they’re interested in men, women, or both. I also always mention that our room is inclusive for all singles including non-binary as well as trans. My goal is to create a space that is extremely accepting, compassionate, and open for all singles no matter their sexual orientation, race, or religion.

I also share that you need at least 3 prospects when you’re on the stage since people come and go from the room all the time. We require 3 to keep the room moving and not having people say “I don’t have anyone to shoot at since they left the room” (even though this still happens. I have mechanisms in place to circumvent this, which I will discuss next.)

When you’re on stage and take a shot, oftentimes your person is no longer in the room. When I first started hosting Shoot Your Shot I’d say, “please shoot at another person”, using the words “backup” or “alternative.” I always felt “backup” was a bit condescending thinking of them as a second choice. During a Shoot Your Shoot – Townhall/Q&A that I hosted we brainstormed with 100 other people about alternative words to use. We came up with Prospect. Now when hosting we always ask do you have any other prospects in mind?

Respecting one’s boundaries is one of the most important values for all Shoot Your Shot rooms that I run. We always ask our participants to have an Instagram connected to their profiles if they’re interested in shooting. We want a consistent way for people to message one another and it is the easiest way to get consent on whether you’re interested in taking the conversation further. On one of the early Shoot Your Shot rooms that I ran, I noticed a concerning pattern. Singles started asking to create a private room after they shot. However, I quickly put a halt to that. Private rooms are totally okay only if you get consent in the DMs. If you ask the other person to go straight to a private room while shooting, the receiver may not feel comfortable especially since they’re on stage in front of hundreds of people; they may not want to publicly reject. And this isn’t fair to the person being shot at, as private rooms require a real-time commitment.

It is my responsibility to make people feel comfortable shooting in our rooms, requiring them to send a direct message on Instagram first. My goal is to always create a safe environment that doesn’t feel pushy whatsoever and respects people’s boundaries.

What makes our Shoot Your Shot rooms special is how efficient they are. If you come to the stage, we require an Instagram linked to your Clubhouse profile and a real photo. If either is missing, I will move them back to the audience. Oftentimes people are nervous when they come to the stage, and I don’t blame them given our rooms consistently get 400 singles. If they begin to ramble, I will respectfully step in and ask them who they will be shooting at? I want to make sure that the person on stage shares about themselves but also doesn’t bring the room off course since we have many other singles waiting to shoot on stage.

Having a room that is LGBTQ+ friendly is so important to me. As I run the rooms, I don’t want to make assumptions on whether our participants are into men, women, or both as I require them to say. We also require everyone in the room to be respectful. If anyone makes a rude comment, it is automatic removal from the room. We are committed to making the Shoot Your Shot room extremely safe.

As the host, I do not allow friendship shots, only allowing romantic shots. However, if you’d like to shoot romantically you can do so in the DMs. Oftentimes a friendship shot can be used as a form of manipulation. It’s a safe way to get into the DMs where the motives may not be honest. To avoid this, we only allow for romantic shots.

On Clubhouse, there are always trolls. Any person who speaks out of turn, intentionally makes snarky comments, or intentionally tries to disrupt the room is an automatic ban.

Aside from the structure, we make sure to have fun! I always feel out the energy. If the energy gets a bit low while resetting a room I will sometimes ask one of the mods, Kayla to use the airhorn. Aside from that, I commonly share stats and the number of matches that we had formed that evening courtesy of our experienced data analyst, Dimple. At the end of the events, I bring up the winner of Shoot Your Shot. We determine the winner based on who received the most shots that night.

I always try to create an inclusive community and have the participants and moderators feel like we’re all in this together.

11. Invite People to The Stage

After setting the room, I ask for people to raise their hands to begin to Shoot Your Shot. Being first to the stage can be intimidating. To increase the size of our stage, I invite many people from the audience. That extra nudge can make all the difference between not shooting and shooting.

To keep things fun I always consistently change up the room whether that’s by rotating moderators, adding new games, and iterating. For International Women’s Day, I hosted an IWD Shoot Your Shot. Only women were shooting that evening. It was phenomenal and by far the smoothest room I’ve run — zero trolls or disruptions.

13. You’re Required to Shoot Your Shot

If you’re on stage we require you to shoot. On occasion, someone will say “I won’t be shooting tonight, but my DMs are open.” When this happens, I explain that by being on stage you have to shoot. They don’t always shoot because they’re nervous about the possibility of rejection, but that’s why I love running these rooms — people are forced to go outside their comfort zone and have to be direct. When you do shoot and even if you get rejected, there’s a high possibility that people will slide into your DMs. People love courage and vulnerability. When you’re courageous on stage the likelihood of more DMs is higher.

After someone shoots, we always ask if their DMs are open. As documented previously, oftentimes you get a ton of DMs based on your introduction on stage. People will share that they’re gay and might shoot at someone who ends up being straight. However, 5 men may then DM them afterward because they loved their vulnerability and what they were about. We always require consent for people to be DM’d as some shooters’ DMs may be closed.

Every time I reset the room (explain what the room is about and the rules) I come up with a new icebreaker question.

For example, Would you rather fly or be able to breathe underwater? What are you grateful for?

Every moderator has a different personality and a vibe they bring. Choosing the wrong moderator can make or break your Clubhouse room. I’m extremely intentional with the moderators I choose. If a moderator is unfocused, that energy will be felt by the 100s in the audience. The moderators are so essential in the success of our Shoot Your Shot rooms.

I would be remiss if I did not bring up the mod sauce. Mod sauce is an elixir that is produced when a moderator gets shot at only in our Shoot Your Shot rooms (thank you to Lampros for your discovery). The shooter has to lead from the heart; it cannot be a platonic friendship shot. Once they’re shot, the mod sauce is produced. Some describe the taste as sweet and sour while some say chocolate taste. But the effects are incredible — a euphoric feeling lasting for hours. We’re now handing out mod sauce to the homeless in Los Angeles and NYC. The shooter always can catch a taste of the sauce as well. My physician friend Siyab did an amazing analysis on the mod sauce and its side effects.

“The Apple of Shoot Your Shot”

“It’s the only thing I’ve been in that has anything to do with dating hahahah but just cuz it’s like a live/audio reality show.”

It has been an honor to run Shoot Your Shot rooms and help singles to connect around the world. No one owns Shoot Your Shot, but people consistently join the room that I host with the incredible moderators because they know what they’re getting — a safe, respectful environment that is no-nonsense, where people can connect romantically.

I want to thank everyone who has attended my Shoot Your Shot rooms. I want to thank the mods who have been instrumental in creating a safe and comfortable environment. I hope you too can join us!

Special thanks to some of the mods: Roxanne, Kayla, Jazz, Lampros, Brooke, Alysia, Gabi, Hannah, Ninah, India, Siyab, Soraya, Kylen, Adam. And the many other mods who have joined! 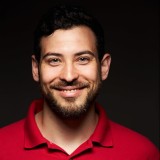 Enter your name and email to stay up to date.